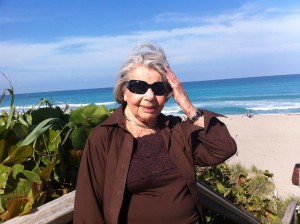 According to my Grandma:

Just take a little step. Take a baby step and try something different.” 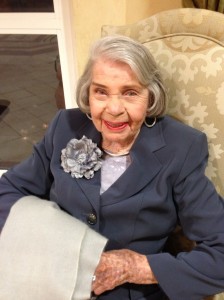 According to a recent New York Times book review, “The simplest definition of meditation is learning to do one thing at a time.”

My grandmother, Phyllis Punch, who’s a young 96, said as much to me this afternoon.

After work in Berkeley, I went for walk in the hills and listened to Reggie Ray’s Dharma Talk, “A Knock On The Door,” which is pretty awesome in and of itself, but even more so when I realized that Edward Albee’s play, The Zoo Story, which I saw yesterday at A.C.T.’s Sky Festival, is a perfect illustration of Reggie Ray’s perspective on Buddhism.

According to Dr. Ray, the reason for practicing Buddhism is to help people – which is accomplished in three totally simple but totally impossible steps.

Step one
Ray: We meditate to empty our minds of clutter.
Albee: In The Zoo Story, Peter sits on a bench in Central Park every weekend to get peace and quiet away from his wife, two daughters, two parakeets and bland middle class existence

Step 2
Ray: Once we are sufficiently empty, we attract suffering people.
Albee: Peter attracts the derelict Jerry.
Ray: Because we are ready, we respond to “the knock on our door” from the suffering people. Without question, we answer it and our compassion is expressed simply as having the space to let them in.
Albee: Peter, for whatever reason (boredom, curiosity, repressed homosexuality) responds to Jerry’s aggressive bids to engage. Peter has the “space” to let Jerry in.

Step 3
Ray: Because we are alert, we let the suffering people change us, even as our compassion transforms them. We do not require the experience to conform to our view of reality.
Albee: Jerry, in every way, shakes Peter out of his comfort/conformity zone. Peter is in a terrible state, but is perhaps truly awake to life for the first time. And Peter ends up granting Jerry’s wish, by “releasing” him from the suffering in his life.

Ok, enough of that. Reggie Ray is Buddhist Crack in my opinion.